The News – General Raheel Sharif being pressed to become head of 34-country alliance after. 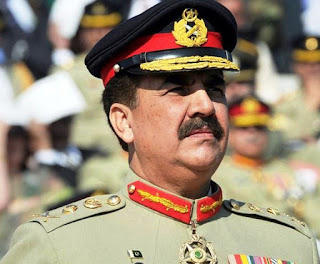 The News – WASHINGTON : The alliance of 34 countries is pressing General Raheel Sharif current COAS to become the military alliance’s coalition commander-in-chief after his retirement, revealed US military and political sources.
The 34 – Country alliance would take actions against terrorists, who have made the lives of people miserable in member countries.
The importance of the new military alliance could be judged by the fact that its formation was announced by Saudi Defence Minister Muhammad Bin Salman in Riyadh during a press conference.
He could be the future king of Saudi Arabia. Sources said Pakistan’s military leadership’s neutral policy towards Saudi Arabia and Iran would remain intact and this office would not cause any change in policies of the Pakistani military.
(Visited 217 times, 1 visits today)